Both Tara and I notice a stationary toad in the grass near our office, and I eventually go out to inspect the fella. He has a badly injured back leg so I decide to bring him home to rehabilitate him. At first I was thinking of putting neosporin on him but immediately after some research it turns out that if it had pain reliever it would have killed him, so I decided not to take the risk. I put him in our terrarium with our baby tortoise so that he could heal without risk of predation.

Simultaneously, I asked around to see if anyone could take care of him, but apparantly, at least in NC, nobody has experience with amphibians. During these calls though, I talked to a biologist at UNC who became very concerned about having him in the same tank as Rotini (the baby tortoise), because the toad (named Toady by this point) could introduce parasites to the tortoise, potentially killing her. Once I was informed of that, I brought Toady outside and tucked him inside a plant and checked on him every day. Sometimes he was there, other times he wasn't, but he always seemed to return to the spot I had put him.

Eventually he disappeared and I didn't see him again. I figured he had been eaten. Then a month and a half later I saw a toad in the same garden. Sure enough, it was Toady. He had lost a decent bit of weight (51 grams down from 64) and it was very cold outside by that point (late October), so I brought him inside. His eyes also were very cloudy, I presumed due to some illness or from malnutrition. His eyes didn't react to light, and he appeared completely unresponsive to anything I did, so I concluded that he might be blind now.

I put him in some warm water and set him up in a large plastic container with some dirt and twigs. Unfortunately, when I checked on him 20 minutes later he had died. I think once the water had gotten cold it lowered his body temperature enough for his heart to stop. I tried to revive him but I was unsuccesful. I took it pretty hard. 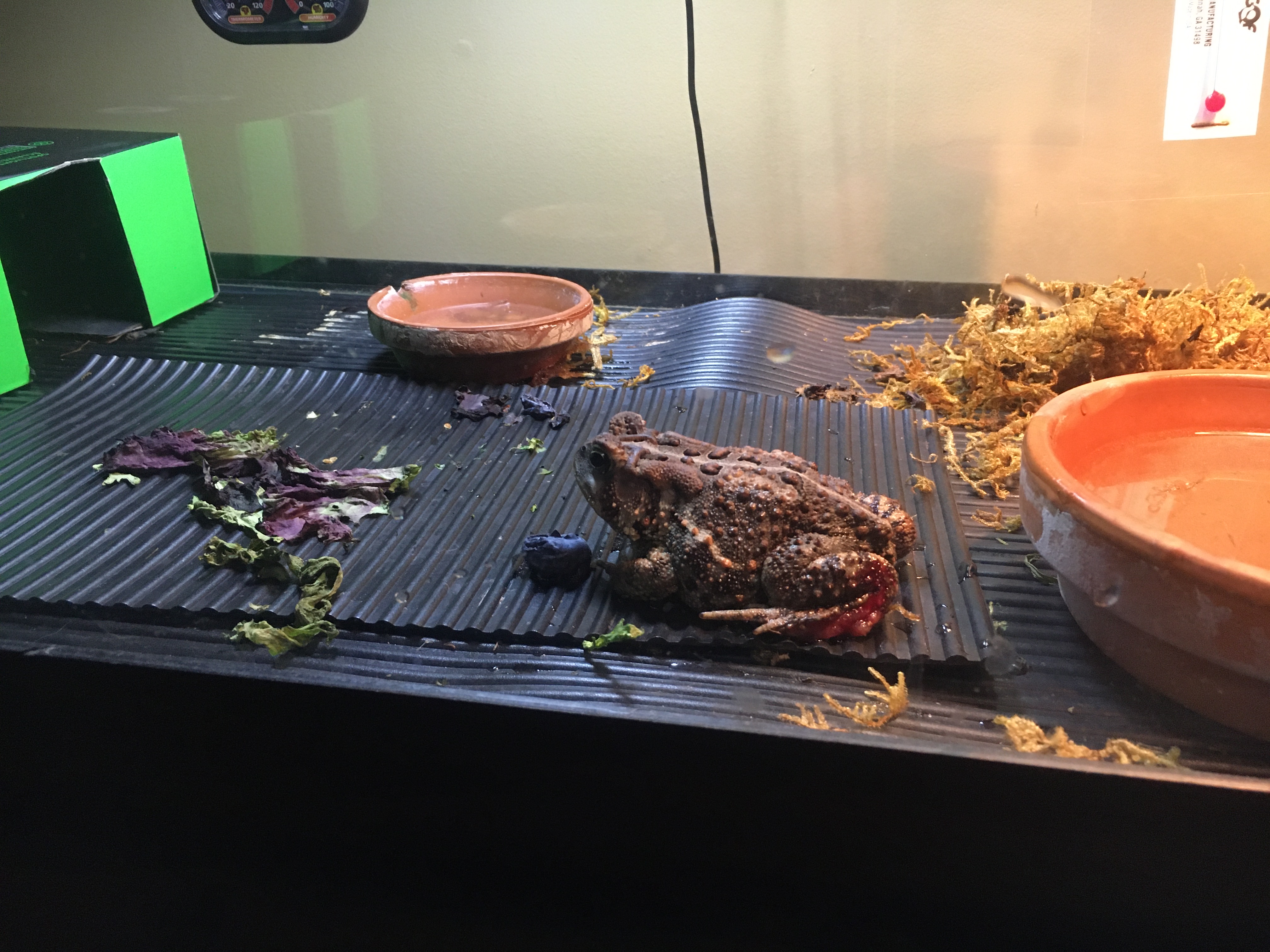 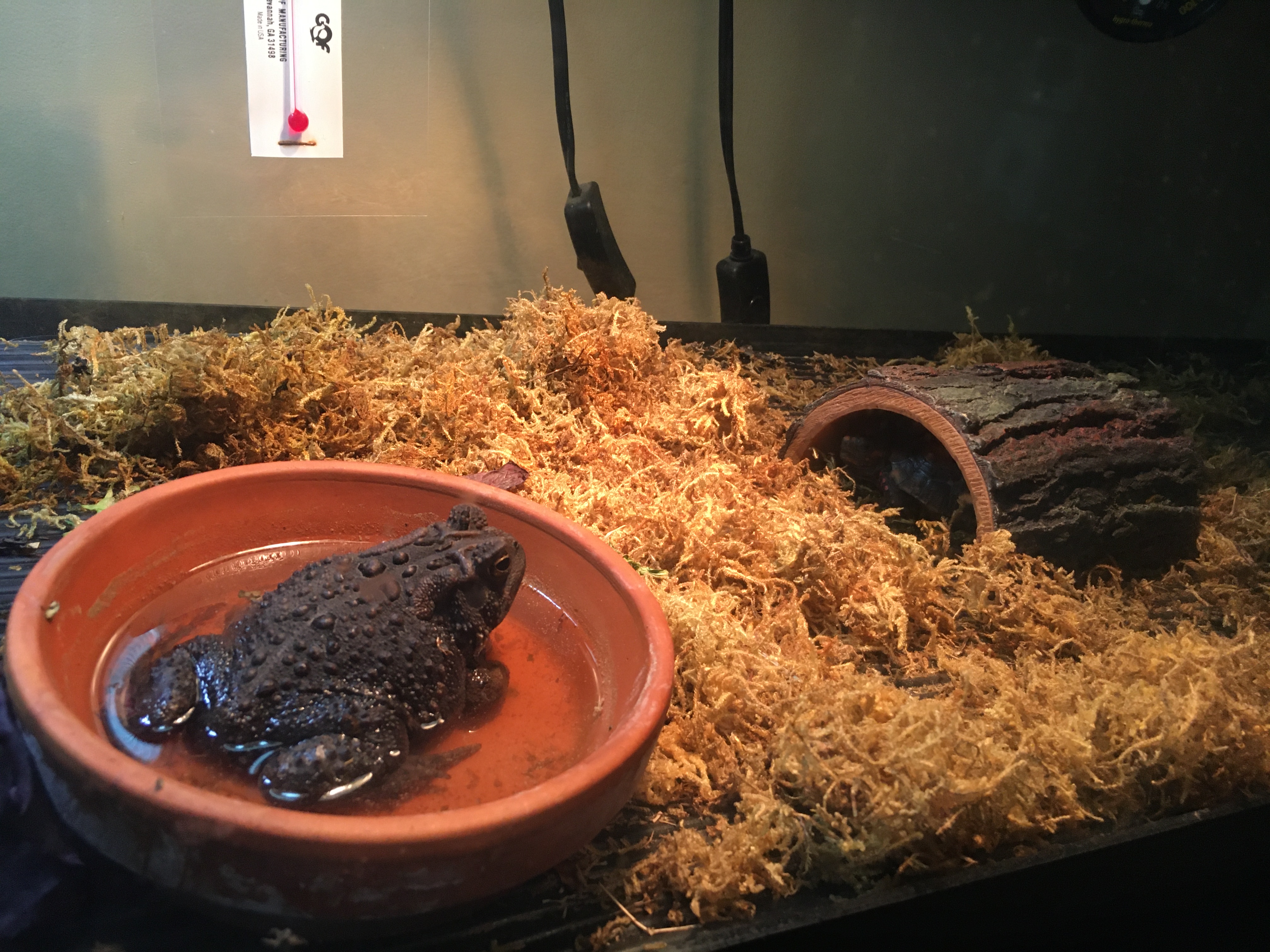 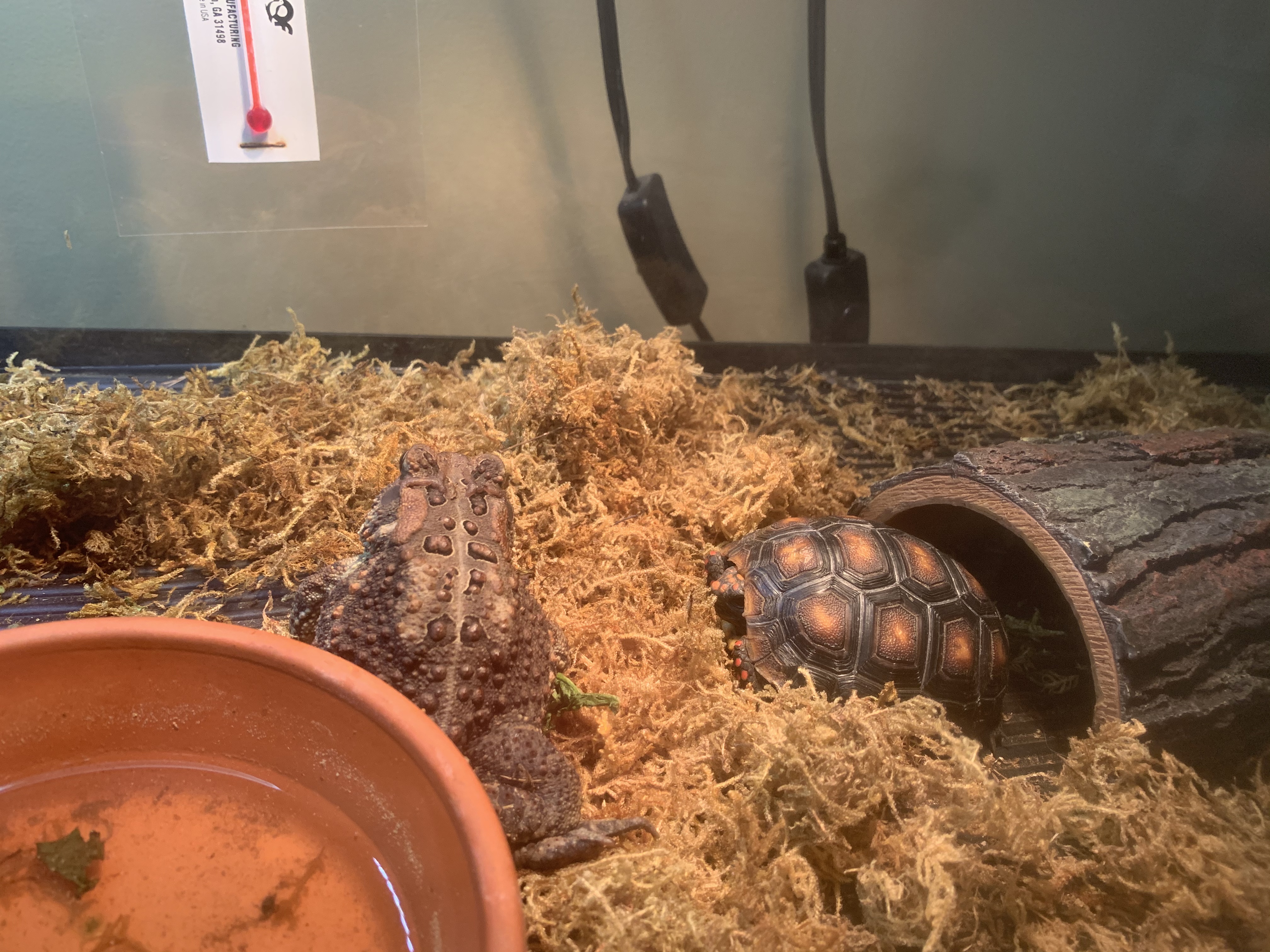 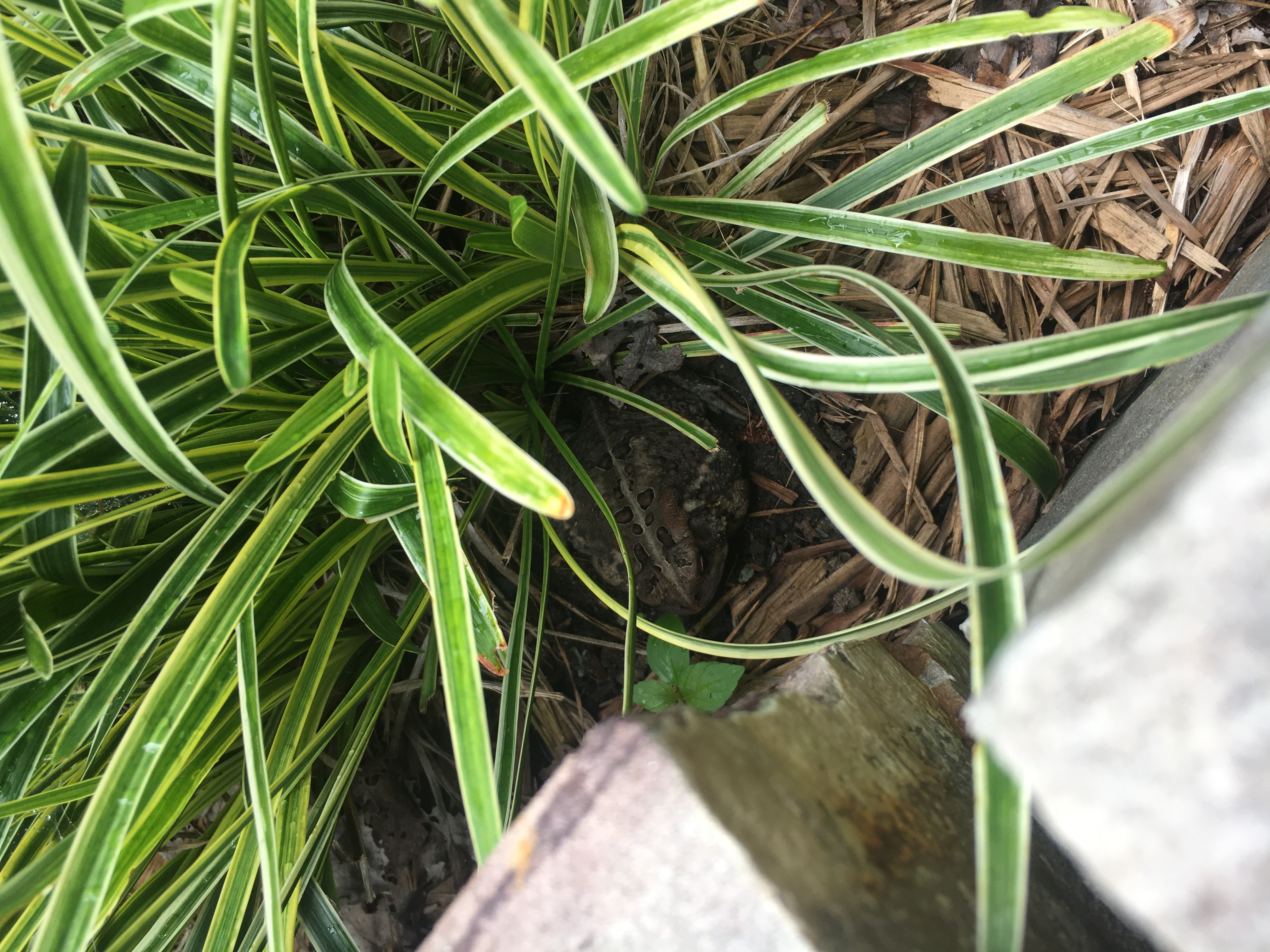 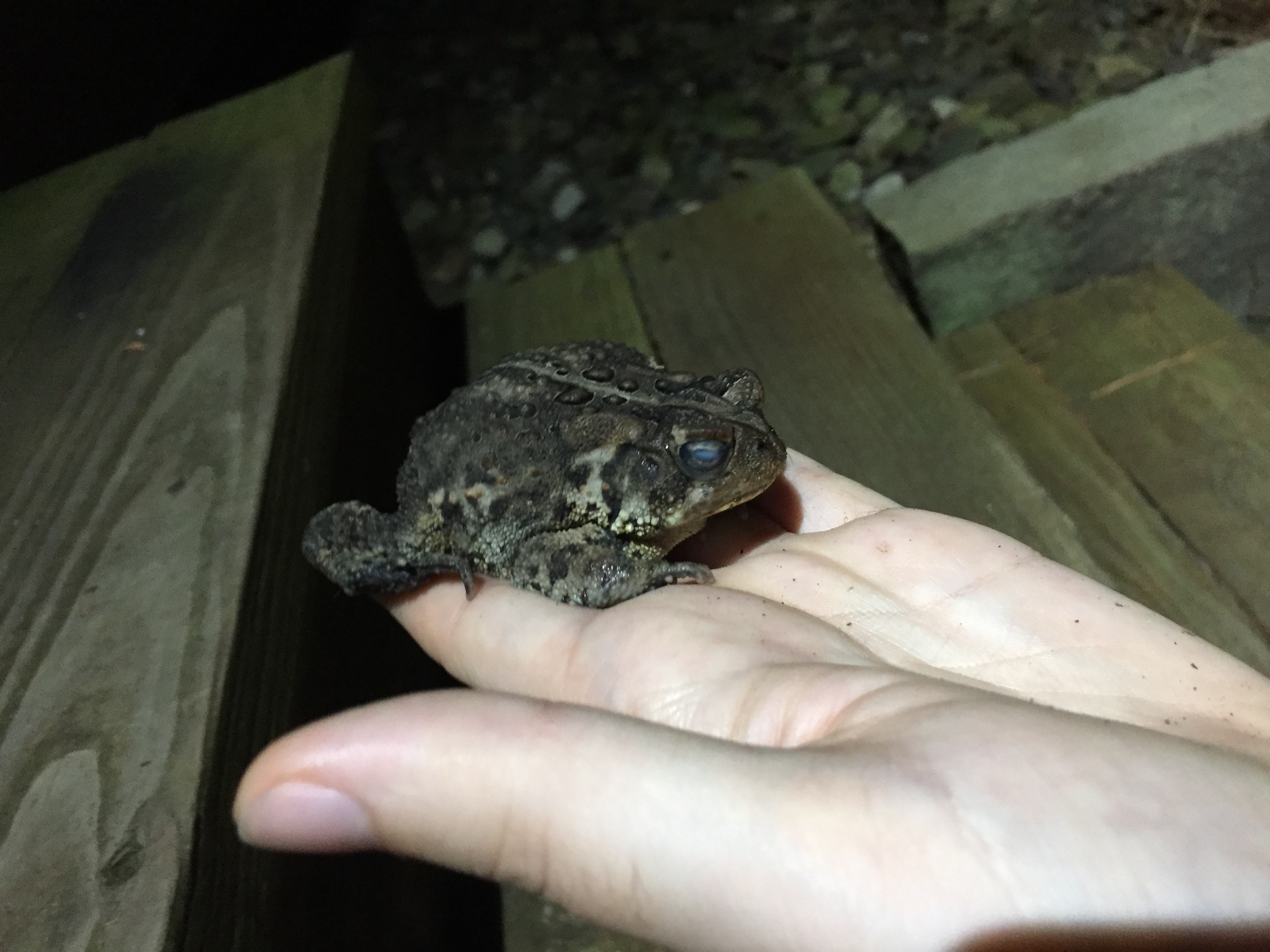